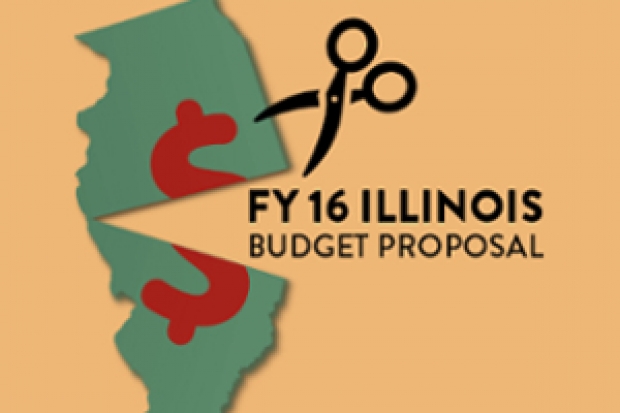 If you have been skeptical that the Governor and General Assembly will be able to reach agreement on the FY16 budget by the May 31 deadline, your skepticism has not been misplaced.  Events at the Statehouse this week have made it abundantly clear that negotiations on a final budget deal will drag on well into the new fiscal year.

It now seems all but certain that Senate and House democrats will pass a budget by their May 31st adjournment date without taking action on a single provision of the Governor’s ‘Turnaround Agenda’.

Throughout the session, Governor Rauner has been insistent that lawmakers must enact elements of his ‘turnaround’ agenda before he will consider striking a deal on the FY16 budget.  These include items like workers compensation reforms, changes to civil liability lawsuits, right-to-work zones, a property tax freeze, changes to unemployment insurance and ethics reforms.  The Governor’s administration has repeatedly telegraphed its willingness to pass a ‘balanced’ budget without new revenue should the legislature refuse to reach a compromise on his reform proposals.

The Governor’s carrot and stick approach with the legislature, new revenue being the carrot, was intended to put pressure on Democrats in the House and Senate to come to the table on his broader policy agenda.  However, Democrats didn’t take the bait.  Even as lawmakers have been meeting behind closed doors on the Governor’s reform proposals, Democrats have maneuvered to re-focus the debate on the Governor’s FY16 budget proposal, which they condemned as out of balance by over $3 billion.

It’s not as if Democrats don’t have a point.  According to a report by the Institute for Illinois’ Fiscal Sustainability at the Civic Federation , a non-partisan government research group, Rauner’s FY16 budget proposal relies heavily on an estimated $2.2 - $3 billion in savings from pension and other reforms.

In this key excerpt from Civic Federation’s analysis of the Governor’s budget proposal, the report states:

“The Civic Federation opposes Governor Bruce Rauner’s recommended FY2016 budget for the State of Illinois because in order to close a $6.2 billion operating deficit it relies heavily on projected savings that do not appear to be achievable or are not prudent in light of the State’s obligations and long-term policy objectives.  The Federation cannot support spending reductions that balance the budget on paper but could actually worsen the State’s financial condition if not realized.”

The report specifically calls out the administrations assumption that it will save $2.2 billion in FY 16 by adopting the Governor’s pension reform proposals.  The report finds this assertion dubious at best.  It is the widely held view among policy experts that changes to State worker pensions would be almost immediately challenged in court assuming it is approved by the legislature.

A recent decision by the Illinois Supreme Courts does nothing to dispel pessimism any pension reform would result in savings in the next fiscal year.  On May 8, the Illinois Supreme Court struck down as unconstitutional a state law signed in 2013 by Democratic Gov. Pat Quinn.  Per the Chicago Tribune, the court found that the State could not stop automatic, compounded yearly cost-of-living increases for retirees, extend retirement ages for current state workers and limit the amount of salary used to calculate pension benefits.

Per the Civic Federation’s report, Governor Rauner’s reform proposal would end the State’s more generous Tier 1 pension benefits as of June 30, 2015. Benefits after that date would be accrued at the less generous Tier 2 level that currently applies to State employees hired on or after January 1, 2011.  In order to skirt the constitutional issue, the Governor has stated that he wants the legislature to greenlight a ballot measure that would give voters the final say on a constitutional amendment freeing the way for his pension reforms.

Given the court’s recent ruling and the legislature’s reluctance to place such a measure on the ballot, not to mention the uncertainty of whether a change in the constitution could be applied to existing state workers, it is highly unlikely that the Governor’s new reform proposal could be implemented in FY2016. The Civic Federation concludes that, “the State’s fiscal condition would worsen if the savings were budgeted but not achieved.”

Meanwhile, Democrats have been moving budget legislation that appears to restore most of the Governor’s proposed DD/ID funding cuts to key grants, as well as a 12.5% rate cut to ICFDDs and eliminations of entire programs such as respite and autism services.  This is good news, as these cuts would have further destabilized an already shaky community system and led to increased spending down the road.

There’s just one problem.  In a recent press conference, Speaker Madigan acknowledged that the spending plan the Democrats will pass is also short on revenue by about $3 billion. Cue the sad trombone.

Needless to say, an FY16 budget plan that once again does not allocate enough revenue to cover the entire fiscal year of expenses represents the worst possible outcome for the community system of care. This would be a repeat of last year’s budget debacle and cast a pall of uncertainty over the State’s ability to make good on its funding obligations.

Post session, the best possible outcome of budget negotiations would be for the legislature and the Governor’s administration to reach a compromise.  Such a deal would include sensible reforms, such as Workers' Compensation and Unemployment Insurance, and new revenue that could be used to invest in the community system of care.

An increase in the salaries of Direct Support workers in the community is long-overdue.  Recruitment and retention of qualified, dedicated staff members is the key to providing quality services to the people we serve. Employee turnover and high vacancy rates are disruptive, costly and interferes with the continuity of care the individuals in our programs deserve.

With a more than $6 billion deficit heading into FY 16, is it unrealistic to push for additional investments in the community-based system? Where would the revenue come from?  According to Crain’s Chicago Business, “there are big pots of money to tap”, if the Governor and Legislature can reach agreement.  A 1 percentage point increase to income tax rates would bring in nearly $4 billion.  Another low hanging option would be to begin taxing services like those provided by lawyers and consultants for a $900 million gain in annual revenue. Taxing some retirement income could also produce between $1.5 billion and $2 billion.

An FY16 budget that balances a mix of spending reductions with savings from reforms and new revenue just might provide the fiscal breathing room the State needs at this time.  One thing is certain, it is critical that we find a sustainable way to investment in disability and mental health services in the community.  It is the right thing to do, yes, but it is also the fiscally responsible thing to do as well.   From the Civic Federation report:

“The Civic Federation also opposes cuts to spending on community care for the elderly, disabled and those with mental illness, which saves money in the long-run by avoiding the costs of institutionalization."

At bare minimum, you would think that our leaders in Springfield could manage to avoid another budget that contains more spending than revenue.   Nonprofit disability service providers need to be able to count on a sustainable FY16 budget.