Illinois Has A Budget! 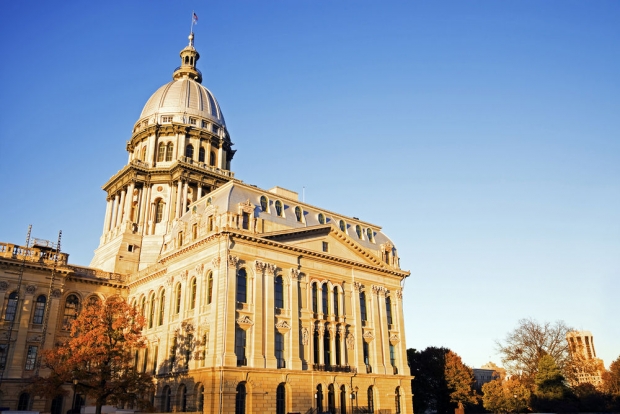 By now, you've heard the big news - Illinois has a budget!

On July 7, the General Assembly voted to override the Governor’s veto of its $36.1 billion FY 2018 State budget package. The dramatic, bipartisan votes in the House and Senate brought to an end the historic budget impasse that has roiled the state since June 2015 and caused an estimated 1 million people to lose services.

Facing a downgrade of the State’s credit rating to junk status, as well as internal pressures within their caucuses, Democratic and Republican lawmakers finally took a stand to put an end to the 24 month long fight between Governor Rauner and Speaker Madigan.

For Search, solving the DSP workforce crisis remains our most critical priority.

The $0.75/hr DSP wage increase provided in the FY 2018 budget represents a significant first step in solving the DSP workforce crisis. However, with Chicago and Cook County set to raise the minimum wage $1/hour each year for the next four years, it is imperative that all advocacy efforts continue to focus on additional rate increases to achieve a living wage for DSPs. Until a full living wage is supported by DHS rates, historic staff vacancy and turnover rates for disability service providers in Illinois will likely continue.

In the absence of DHS rate increases to support a living wage for DSPs, each additional $1 hike in the minimum wage represents nearly a half million dollars in new wage and benefit expense. While the $0.75/hr increase is a start, it needs to the be first of many increases so that Search is able to keep pace with planned minimum wage increases.

Call to Action: Show Support to Legislators on the Budget!

Click here for a list of legislators who voted yes on the budget legislation (the green highlights represent Republicans).

In addition to contacting your own legislator, feel free to reach out and thank the legislators representing areas where Search has services and programs!

Illinois House Representatives who serve the districts where Search provides programs and services: