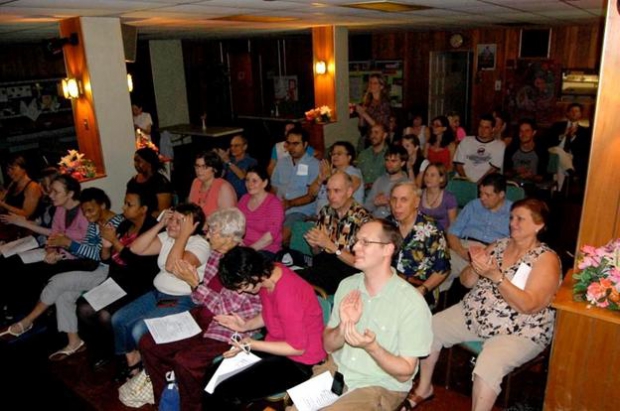 Over the course of 12 weeks, participants developed their performance skills through role-playing, music and improvisation. This culminated in the April 17th performance which was composed and performed by workshop participants.

Still Point Theatre Collective is a Chicago-based community of artists dedicated to creating performances, workshops, retreats, and community events that celebrate our common spirituality, and raise consciousness on issues of peace and justice. Still Point is animated by the philosophy that art has value for everyone, and the performing arts provide uniquely powerful tools to educate, inspire, and challenge people to action.

Since 1992 Still Point has conducted theatre and music workshops tailored to the needs of adults with intellectual and developmental disabilities. Using dance, movement, music, comedy, and improvisation, these workshops provide a space in which individual expression is encouraged. Each workshop culminates in performances of original works. By discovering and developing each participant's gifts, communication and social skills are enhanced, and members gain an opportunity to serve the community through performance.