Search for Adventure: All Aboard for Memphis! 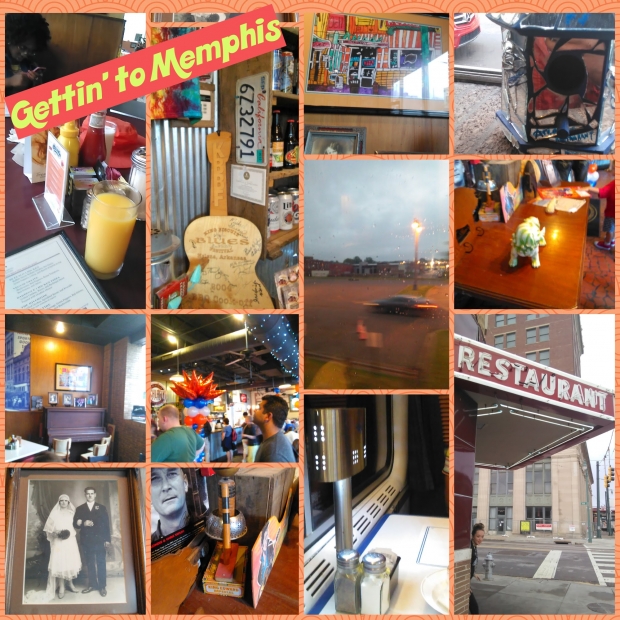 I like to think that more times than not I do a pretty good job of documenting our Search for Adventure trips via the written word and the camera lens.

But during our recent trip to Memphis, Tennessee, I knew I had met my match with one of my own adventures. Every time I turned around, Lawanda was snapping shots with her phone. Of everything! Everywhere!  She missed nothing!

She was shooting from the beginning of the journey…

…to the time we went to the Civil Rights Museum…

…to the time(s) we partied on Beale Street….

…even when we cruised through the Rock and Soul Museum.

In fact the only activity she MISSED was the one whose essence Lawanda would have probably captured better than I did: here is a shot I got of Priscilla Presley’s hair as she was mobbed by Elvis fans who just won’t let it go. This was on the day before the 40th anniversary of his death during the world wide celebration of "Elvis Week," of which Graceland was the epicenter.

This questionably amazing shot was taken moments before we concluded that we had unwittingly chosen the wrongest of wrong days to visit the King’s home, and that Graceland during Elvis Week was far too crowded for casual fans like us to enjoy.

So we made the unanimous decision to buy postcards of Graceland’s interior instead, then drive back to Beale St to eat barbequed everything and watch Robert  “Black Elvis” Washington perform in the Blues City Café before catching the train back to Chicago.  (Lawanda caught that with her camera, too, of course!)