Search for Adventure: The Batmobile, a Rainbow Connection and the Couch from "Friends" 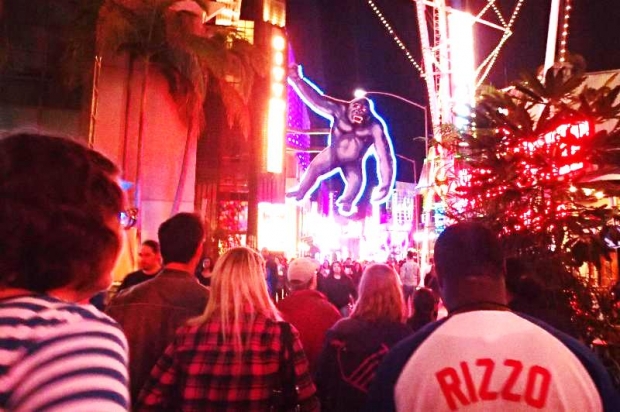 SFA steps up by giving people with disabilities experiences, and adventures, of a lifetime. Every SFA trip is awesome. But some are simply mind-blowing. October's trip to Hollywood fit that moniker to a tee.

When, in the span of two days, you: see the house from Psycho, the pond in which Kermit filmed "The Rainbow Connection", the set of The Big Bang Theory and the Conan O'Brien show, sit down to a Mexican dinner that shames Taco Bell off the face of the earth, sit on the famed “Friends” couch, witness an mechanical shark jump halfway into your tram, pose for pictures next to the Batmobile, have a rowdy, late-night romp down the neon streets of the Universal Studios boardwalk and listen to an aspiring musician chasing her dreams alongside her parents who are selling her CDs, well, you ultimately have an experience that none of the six lucky men and women (and the two luckiest staff in the world) will forget any time soon!

Sometimes when you Search for Adventure, man oh man, do you ever find it!